The cave you fear to enter holds the

treasure that you seek. 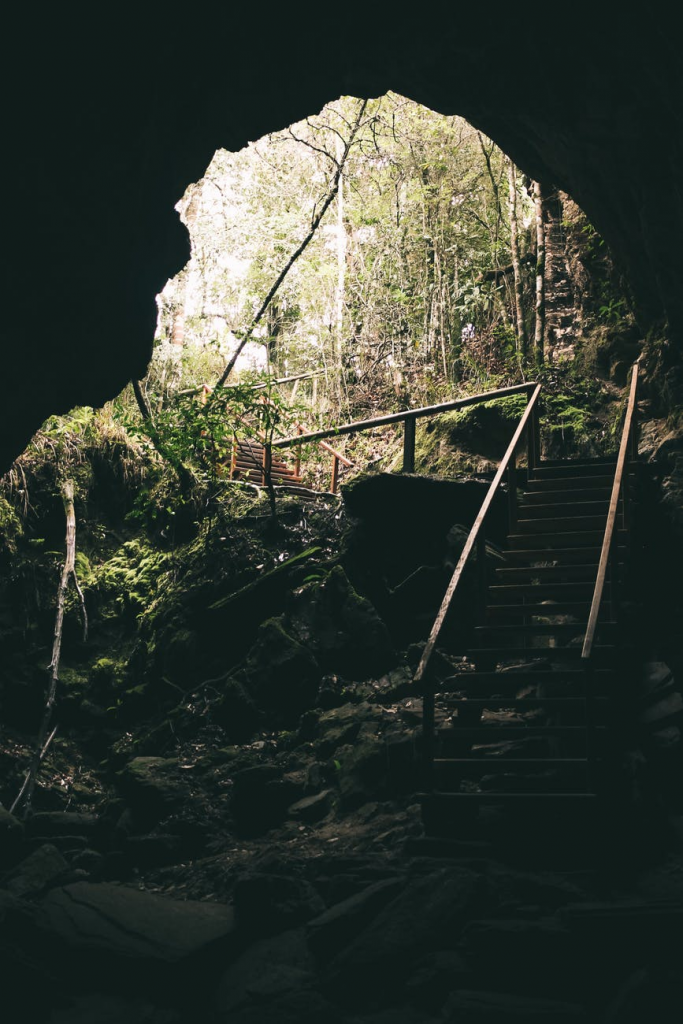 Caves are true treasures of knowledge. These quiet places were built by the monks to meditate. And just look at the amazing structures that they have created! Most caves are built out of single rock with beautiful carvings. These places are naturally cool and the techniques used by the monks to store water would give run for money to even the best technology of the date!

In Maharashtra, we have many Buddhist caves. The world famous Ajanta and Ellora caves, the Kanheri caves, Elephanta caves, Jogeshwari and Mahakali caves. And if you are looking for a day trip, explore the Karla, Bhaja and Bedse caves at Lonavala.

Let’s explore this last trio of caves in our today’s blog. These caves are located near Lonavala and all can be covered in a day’s trip. Karla and Bhaja caves are usually clubbed together as they are nearby, but Bedse is a hidden gem and should not be missed.

Nestled in the hills of Lonavala, it has around 350 steps to climb to reach the caves. The caves were built in 2nd Century and were used by the Buddist monks as a place to stay as they used to travel for trading. The carvings in the place will leave you zapped. There are beautiful carvings of gods and goddesses. The main attraction in the caves is the “Grand Chaitya” which is the 8th cave. Just see below the structure of the Grand Chaitya: 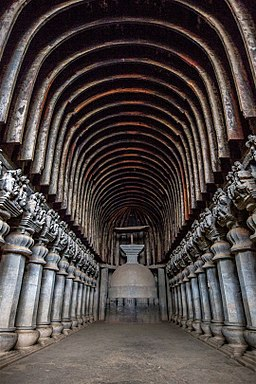 There are Viharas which are the restrooms of the monks. This is also a religious place as there is Ekvira Aai temple located in the caves It is hence flocked by people especially by the Koli’s who worship her dearly.

You would need around 3 hours to explore this place. Start early to ease your climb and avoid the hot sun. 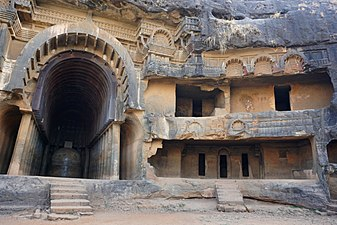 The Bhaja caves have architectural designs similar to the Karla caves. They are just smaller than the Karla caves yet more impressive. The climb is also pretty less. You just have to climb 100 steps to reach on the top. You would be greeted by horseshoe arched entrance and then like Karla caves there is a huge player hall and several other caves which were restrooms for the monks. The main hall is has a large stone stupa which looks magnificent. There is also a wooden roof which acts as a support for main Vihara. There are total 14 stupas which are constructed in memory of Buddist Acharyas. Their names are carved on the stupas. There are upper level caves where you can reach using stairs. You would need around 2-3 hours to reach on the top, explore the caves and climb down again. 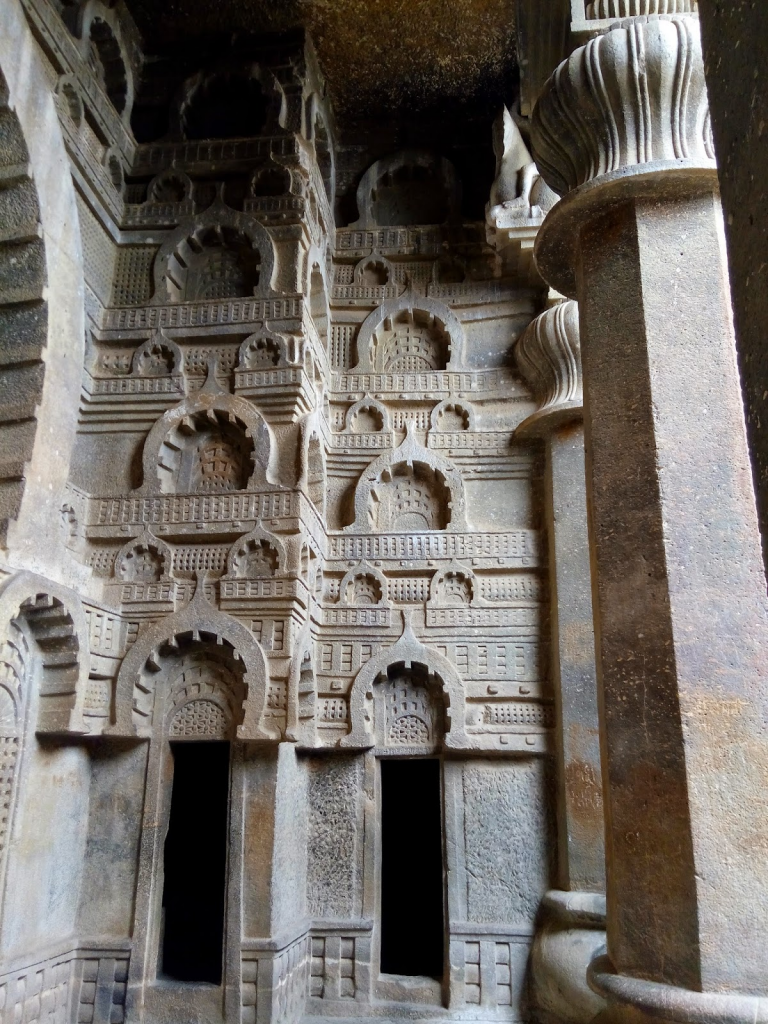 This is indeed a hidden gem of the triology. The monks after carving the cave used to remove all rocks which were in front of caves. Because of this the cave isn’t visible from distance. Also it was saved from attacks of Mughals and is in a good shape.

The climb for the caves is a bit steep and the caves appear suddenly from one point. This cave also has a horse arched entrance, the prayer hall and Vihara. But what struck my attention was the water trenches. There are around 12 of them and they are so smartly built that even now even in harsh summers these trenches have plenty of water. And what is even more impressive is that the water is filtered while coming down from the rocky mountains. Now that’s pretty intelligent!

Again the time required to explore these is around 2-3 hours. These are less crowded that Karla and Bhaja caves and if you are visiting them on a weekday perhaps you might be the only one. So enjoy the company of nature.

Lonavala has plenty of food options. But, you’ll be in the caves most of the time so carry something to eat and water as well, as it gets really hot. You would get some snack items sold by the local vendors.

The caves can be visited all year round, but they really turn magical in the rains when it’s green all around. I had been on a hike to Bhaja caves and then Lohagad fort in one monsoon and the greenery and beauty of the place is what I will remember forever!

Remember we used to have school trip to Karla caves? Do you have any memory of that trip?

Don’t you think it’s time that we explore it again!