Our honeymoon is the most memorable holiday of our life. Whether it was a dream vacation, or whether it was a complete fiasco, you remember all the details, and you love to reminisce about it till the person in front of you gets bored to death!

Mine was no exception, I guess. Me and my hubby spent complete two months (yes, you read that right!), only deciding the destination for our honeymoon. His preferred destinations were Sri Lanka or Goa (guys!! I tell you!!), whereas mine were Greece or Paris, and if in case that’s absolutely not possible (Paris and Greece were not yet ready for the likes of us!), maybe Bali, Maldives or Philippines. After long deliberations, and big excel sheets of budget calculations, and the proportion of romantic environments in each suggestion, we finally landed on Thailand. Even in Thailand, we did not want to go to the same commercialized places like everybody else, so we decided on a beautiful little island, called Koh Samui. 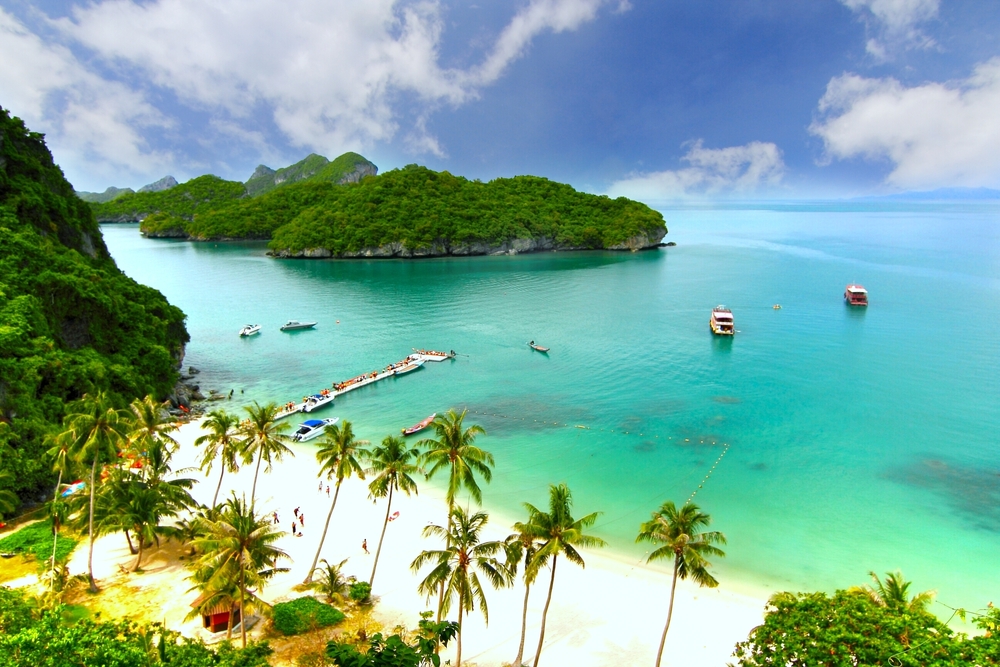 After a couple of hiccups in the ticketing process, we managed to get everything set. And once our wedding promises were made, we set forth for our honeymoon on the 13th of December, 2010, with loads of anticipation. The moment we landed, we knew we had come to the right place. The airport at Koh Samui, is such a cute little place, full of flowers, cottage style roofs, and extremely clean. We had booked ourselves in a very picturesque little resort, called the Samui Cliff View Resort. The resort is set on a hill, with cottages for rooms, instead of one building. All the cottages are built in such a way as to provide complete privacy from other cottages. Imagine waking up, and drawing the curtains to find the deep blue sea spread out in front of you, and no sign of human life around. Perfect for honeymooners, won’t you say?

Although, we couldn’t avoid our fellow cottage renters at other times. Such as breakfast or dinner. Meal times over there are a bit of a trouble, as the majority food items you get are prepared in the traditional way. Our noodles is not the same as their noodles, if you know what I mean! The food is delicious, don’t get me wrong! But, you have to forage around to see what is suitable to our palate. We were having dinner one day at the resort, trying to find something that we can eat as well as enjoy, when we noticed a Jain couple close by, who also seemed to be there on their honeymoon. They sat at a table close to us, and we could hear them asking the waiter, “Do you have anything here that is made without garlic and onions?” The expression on the waiter’s face was worth capturing! We couldn’t hear the answer as our both of us were too busy laughing over it. I hope they found something they could eat. I can’t imagine going through the entire honeymoon, eating only plain rice, and some plain gravy. 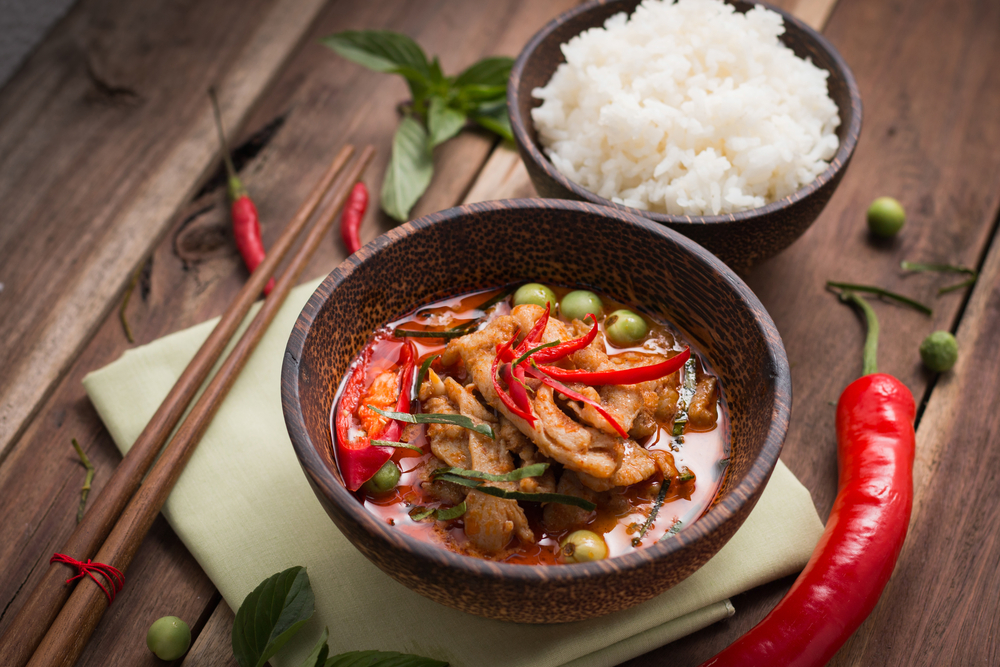 We roamed around the island a lot. There is no public transport in Koh Samui. If you have to go around on your own, you rent a moped or a family car (in case there are more of you). So, that’s what we did. Bought a map of the island, took tips from the book, The Travellers’ Guide to Koh Samui, and went exploring the island. Learnt a lot more in this way than what the tour guides could show us. We decided our own timings, decided when and where we wanted to eat, and when we wanted to stop for shopping. It was awesome. Considering the island survives mainly on tourism, and also considering there is no public transport, it is very surprising to note that there are very few and far in between gas stations existing there. If you want petrol, there are guys selling it out of bottles on the road side. They probably earn a fortune on the margins, but you don’t really have any option otherwise.

We had a really funny incident when we landed back in India. Of course, our arms were loaded with bags, since we had done a lot of shopping on the trip. As we took our bags from the baggage claim, one guy appeared in front of us out of the blue, and whispered to us,

“Do you have anything to declare to the Customs in there?”

We were surprised by the question. We didn’t have anything to declare, and the wine bottles we had purchased were from the duty free shop, and we had the receipt to show for it. We told him so. He looked put off for just a second, and then said to us,

Puzzled, we followed him, as he followed a straight route out of the airport. Once, we were outside the customs area, he turns to us, and says,

“Ok. See, I brought you out safely from the customs area, without getting caught. Now, give me 100 dollars!”

Both of us burst out laughing. My husband told him in no clearer terms, that we didn’t have anything to be afraid of the customs officials, so you’ve not saved us from anybody, as you are suggesting. We are not paying you anything, and that’s that. He started negotiating on this.

We were really amazed at his audacity, and flatly refused to pay anything. As we started to walk away, he came behind us, still asking us, and kept on reducing his price, till he came down to Rs. 100!! Chhodo sir, chalo 100 rupaye to de do!! This was a hilarious end to our perfect trip, and we couldn’t stop laughing all the way home, as well!

Forget Netflix! Have You Watched These Indian Web Series On Air?