What is a good book without a good villain? Imagine Harry Potter without his nemesis, Voldemort. Or Frodo without the menace of Sauron and his orcs. Or Macbeth without Lady Macbeth. The heroes would be happier and their lives would be simpler. But their stories would be boring without few best literary villains.

Even our very own Indian epics like Mahabharata and Ramayana have multiple villains. From Kansa to Ravana, from Hiranyakashipu to the grey Karna, these villains have made ordinary stories leap out at us and grab our attention. Nothing is as satisfying as reading a story of the triumph of good over evil.

But you have got to admit that the bad guys have all the fun. It’s the hero who struggles and sorrows – the villain is the portrait of a happy person enjoying his life, until the hero appears on the scene.

So we absolutely had to make a compilation of the 5 best book villains of all time, because hey! Why should the heroes always have all the fun?

5 of the Best Literary Villains of All Time

But what does the word “best” mean in a list of villains in literature? Actually, it might mean anything – the most terrifying, well-written or even one who is most-loved by readers (Severus Snape and Gollum, I am looking at you). Another word we can use is “memorable”. Whatever word you assign them, be assured that the villains are satisfied. Because all they want is world domination and another fan is no harm to them!

Read on and add your recommendations to the comments below –

#1 Iago in Othello by William Shakespeare

If you ever want to know to what extent people can go to get revenge for apparent wrongs, Iago is the perfect example. One of William Shakespeare’s finest works, Othello is the story of the struggle for power and the madness of love. Iago, an enlist in Othello’s army and is angry that Othello has promoted Cassio, another enlist. Iago feels that he is better than Cassio in every respect. Roderigo, Iago’s friend, has also told him that he was in love with Desdemona but she secretly married Othello. All this drives Iago to insinuate that Desdemona is having an affair with Cassio. Othello, consumed by jealousy, murders Desdemona and then takes his own life. Now Othello, by himself, is a pretty boring guy. Gets angry easily, gives punishment without evidence, etc. Cassio is a regular guy-next-door. What makes Othello interesting is Iago and the mind-games he plays. And he doesn’t even die in the end!

#2 Shark in Jaws by Peter Benchley

The shark from Jaws needs no introduction and is the most literary villains of all times. The massive Steven Speilberg movie, for which the author wrote screenplay, helped furthering the paranoia around sharks. Shark is cool, though. He is only doing his job, eating people. People should think twice before making the ocean unclean for him to live in.

Though Holmes and Watson make a nice couple, their stories wouldn’t have much flavour if Professor Moriarty didn’t want to -0kill Holmes in the first place. But endless adaptations and remakes have now made Moriarty the main (and only) enemy of Holmes. The modern Moriarty is now bigger than the original Moriarty but he is still one of the best villains ever written.

#4 Rebecca and Mrs. Danvers in Rebecca by Daphne du Maurier

Okay, now you may say that these are two villains. But in my defence, Rebecca is already dead. Rebecca is the name of the ex-mistress of Manderley. Her husband, Mr. De Winter, marries again and brings home our (nameless) protagonist and narrator. She is awed by the majesty and the mystery of Manderley (which is a character unto itself), but the housekeeper, Mrs. Danvers makes sure that Rebecca is never forgotten. Rebecca’s memory is menacing in itself without Mrs. Danvers adding intrigue to it. She all but throws our heroine out of the window because she is super dedicated to Rebecca and doesn’t want her to be forgotten.

When you create a huge carnivorous dinosaur and keep it in a cage like a mouse, I am sure the makers weren’t thinking of overkill. Or maybe they did but thought they could handle it by giving it some treats? Whatever they were thinking, Mr. Tyrannosaurus Rex proved everyone wrong by singlehandedly bringing down the whole park (with some help from the friendly velociraptors, of course).

Amy Dunne is in a category of her own. She not only fakes her own death but also frames her idiot husband for it just to get back at all the men who have taken everything away from her. She is someone you wouldn’t want to cross paths with ever in your life. Amy takes holding grudges to new heights and basically is the ultimate femme fatale. She is out of league of all the literary villains of all time!

There are many more, oh so many. Hannibal Lecter in Silence of the Lambs, Mr. Rochester in Jane Eyre, Nurse Ratched in One Flew Over the Cuckoo’s Nest, Humbert Humbert in Lolita, Gary Soneji in Along Came a Spider...the list is endless.

Who is your most favourite literary villain? Is it someone from this list or someone else? Do add to this list by mentioning the name of the villain and the book in the comments.

Also read: 5 books to look out for

Mahabaleshwar travel guide: Top experiences you should not miss!

5 cozy books to curl up with on a rainy day 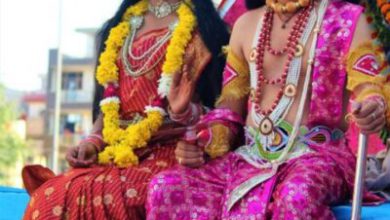 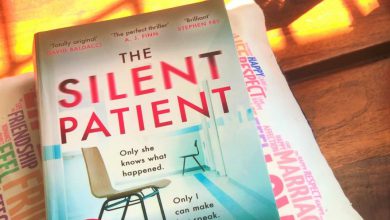 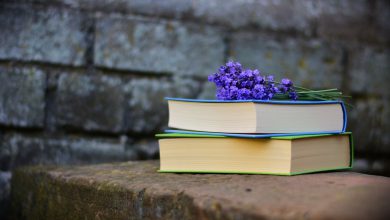