Bright, bold and beautiful outfits, Kutchi masalas, kathiawari turbans, scorching desert, and an assortment of snacks with a dash of sugar! Welcome to Gujarat and delicious culinary journey into Gujarati cuisine!

Enclosed by the Indian Ocean on the west, Gujarat shares not just shares borders but also ethnicity with Maharashtra, Madhya Pradesh and Rajasthan. From Garba to Kai Po Che, everything is colorful and vibrant! And unquestionably, food of this land is equally dynamic. The unending Rann of Kutch, the coastal areas of Daman-Diu and the historic region of Saurashtra or Kathiawar contribute towards the famous ‘Gujarati Thali’. Composed of 25-30 items, this Gujarati Thali  (Gujarati Cuisine) is a vivacious blend of flavors, colors and textures. 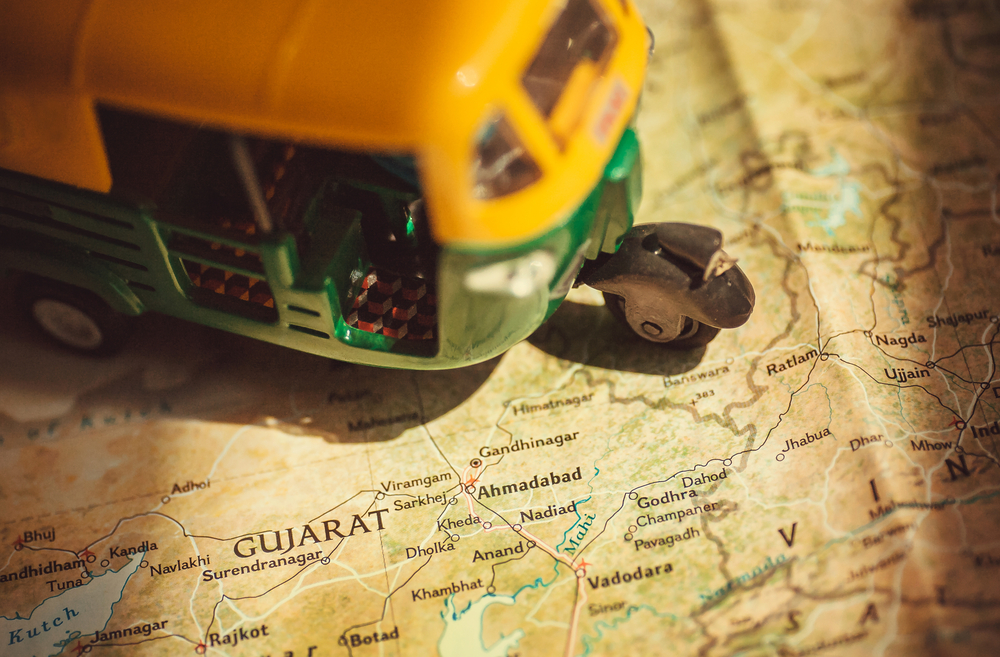 Gujarat gets its name from Gujjar tribe, a migrant tribe which came to India in 5th century. The history of Gujarat is more than 5000 years old with its roots in Indus valley civilization. Later on Gujarat had had many rulers including Mauryans, Islamic rulers, Marwaris and Marathas.  The current Gujarati culture is largely defined by Jainism introduced in Gujarat in 5th century.

The reason that Gujarat is such a melting pot of traditions and flavors is that it has the influence of divine personalities like Lord Krishna and Mahavir Jain. It has been the birthplace of freedom fighters like Mahatma Gandhi and Sardar Patel. Though Gujarat is 2/3rd vegetarian, the remaining 1/3rd has a huge impact over its representation. The Parsi and Bohri community have also become an integral part of this vibrant state and have left an imprint on its food culture.

Gujjus are so cute then why is your food so dangerous! Dhokla, Fafda, Handva, Thepla – Sound like they are missiles!!

Bollywood might be largely responsible for restricting the Gujarati food to these 4 recipes. You have to visit Gujarat to understand the varieties and tastes available in Gujarati cuisine. Apart from ethnic cultures as mentioned above, the climate of Gujarat also drives the type of cuisine it has. Tomatoes, lemon, salt and sugar are used in abundance to fight dehydration, whereas onion and garlic is avoided to control heat in the body (eg – in Jain food). 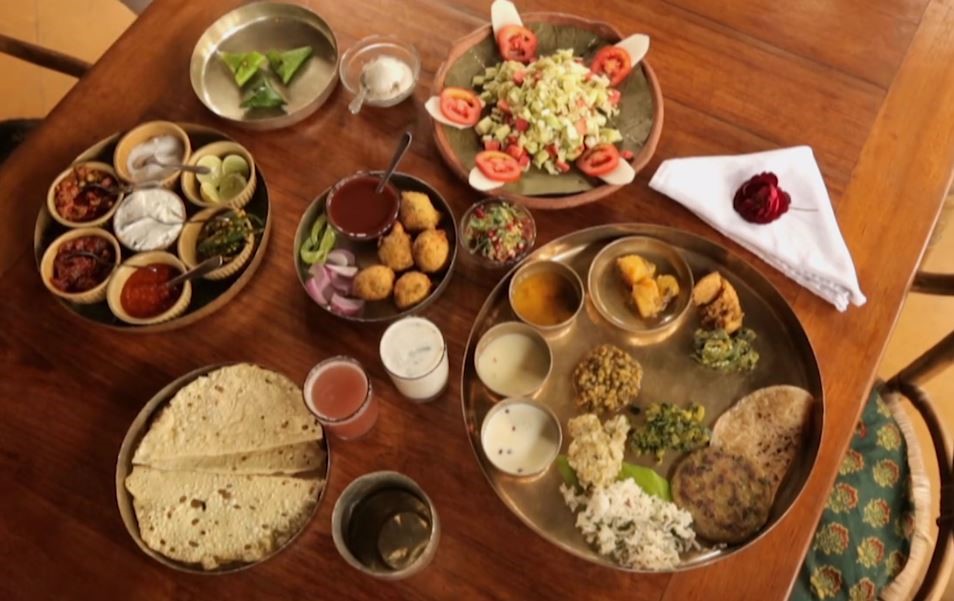 Because Gujarat is a largely vegetarian state, the dependence on lentils or dals and bajra – millets is extensive. Being a dry state, rice cultivation does not happen here. However, Lazeeza is a traditional rice and dal khichdi that lived its fame in the royal kitchens of Jahangir Salim.

Besides dal and bajra, we find a substantial use of sugar in every single recipe – be it crystalline sugar or jaggery! We know sugar for its moist or soft properties (bakers will catch what I mean here). In this dry, arid region, sugar is used in food to keep the body temperature normal and provide moisture internally. Hence the ritual of adding sugar to their food.

A Kutchi Thali will serve you Batata Nu Shaak, Spicy Sev Subzee and Bajra Rotla. It will be accompanied by seasonal veggies, pickles, lazeeza and lots of ghee.

It would be an offence to not include Dabeli in this discussion. While bread is a gift of Portuguese culture and so are potatoes, Gujarati have conveniently blended these two with traditional spices and named it Dabeli. It means pressed or Dabi Hui. The Gujarati chef prepares a mix of mashed potatoes, spices, tangy chutney is prepared. He then stuffs this in freshly baked bread with pomegranate, grapes, peanuts and sev and serves hot. Known for its spicy taste, the legend says that it was invented in Mandavi around 1960 by a gentleman named Keshavji Gabha.

You will also like 10 simple menu items for Diwali Dinner!

We know the region of Saurashtra or Kathiawar is known for its rich, spicy food. Think of Fafda, Gathiya and Chivda. Also think of dishes such as Kachori, Khaman Dhokla and Thepla! Vaghaar or tempering is added to many snacks to enhance its taste. Marwari region influences Kathiawari cuisine due to its proximity.

The sweet delights of Gujarat are largely drive by the dairy culture in the state. There is an abundance of milk and related products to add flavor to your royal meal. Also buttermilk, curd and milk based preparations help cool you down in the scorching heat of summers in Gujarat. 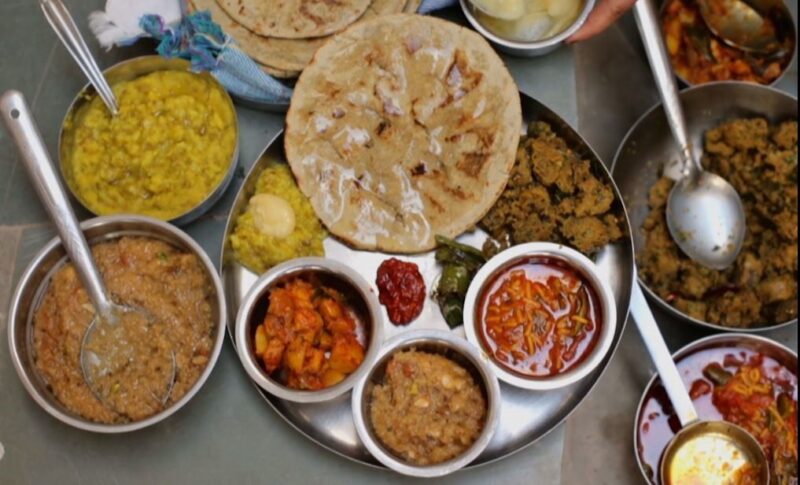 When a group of people emigrated from Persia to India, the then king in Gujarat was concerned about accommodating this new community into his kingdom. He presented them a glass full of milk representing how there was no room for more. A leader of this community, cleverly added sugar to this glass, metaphorically stating how his community will blend into the culture while enhancing its existence. And truly, Parsi have enhanced the Gujarati culture to a whole new dimension. (Reference: Sanjeev Sanyal in ‘The Ocean of Churn‘)

Farsi cuisine is no way related to Gujarati cuisine. The spices, the methods, the ingredients- everything differs. Parsis – the fire-worshipers have meat, fruits, dry fruits and kebabs in their food. All these ingredients were available in plenty in Persia. Farming and cultivating these fruits had become a necessity for their cuisine to flourish. Therefore, even today, many Zoroastrians own fruit gardens and businesses in Gujarat.

The two main differences we can spot in traditional Gujarati food and Farsi food are: 1. Less use of oil 2. Use of meat.

The two famous Parsi dishes, we all know and crave are Dhansak and  Patra ni Macchi. Dhansak is a meat stew using 4 different types of lentils. It has chunks of mutton, vegetables, mixed lentils and spices. Patra ni Macchi literally means a fish (wrapped) in a leaf. A paste of coriander, ginger, garlic, lemons, green chilies is applied on fresh fish, then wrapped in banana leaf and finally steamed. Parsi style egg omelet have influenced modern-day masala omelet and egg bhurji.

The Bohri community, on the other hand, shows some influence of Gujarati style cooking into theirs. Patvellia is a mutton dish that involves the traditional Gujarati patra. The famous Bohri Thaal is the traditional way of eating a meal, sitting around the plate. The entire family devours the meal together. Bohri Biryani, Thuli. Dal Chawal Pallida and Mutton Samosas are absolutely to die for! Hand churned malai ice cream and full fat, creamy desserts are the right way to end a Bohri feast.

Stop drooling and try this recipe by Chef Varun Inamdar. The famous Berry Pulao that is a staple at most of the Irani Cafes and of course, on Navroz day!

Happy cooking. Share your ideas, recipes and more on Gujarati cuisine. As always, we love to connect with our happy readers!

Working mother! Get your Balance back 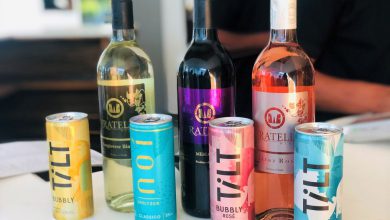 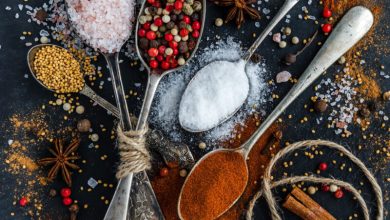 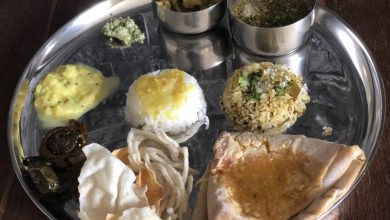 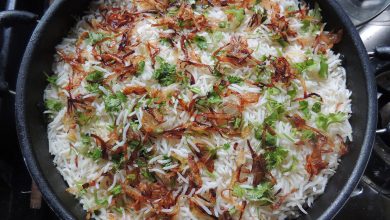